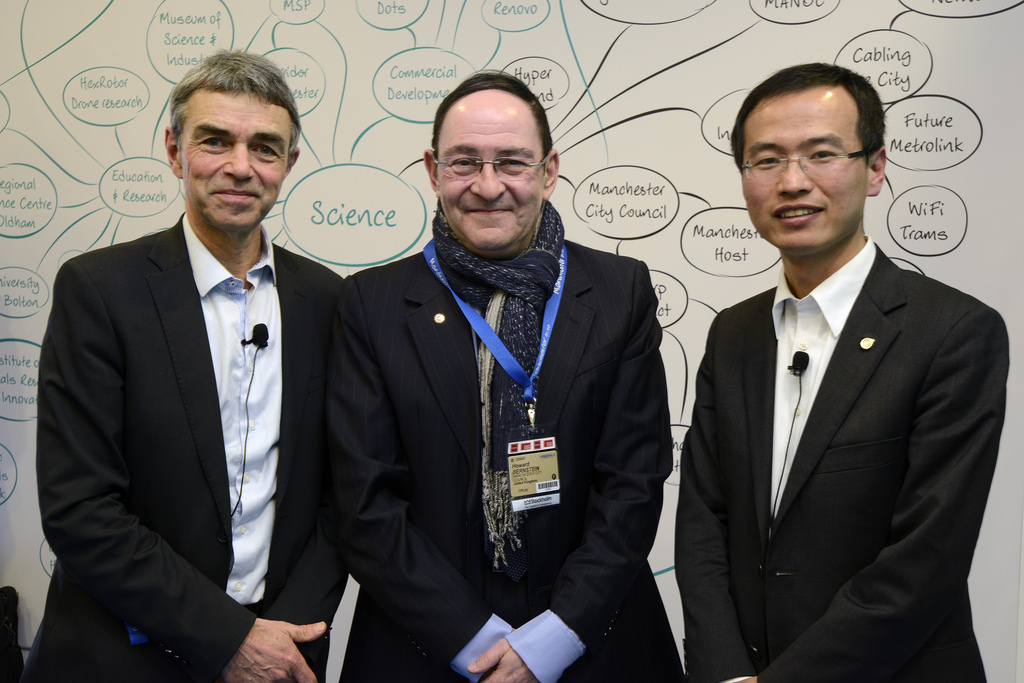 Airport City Manchester, which has Beijing Construction Engineering Group (BCEG) as an equity partner, today announced their plans for an international roadshow across three key cities in mainland China in June this year, following the visit of BCEG’s Managing Director to Manchester Airport to endorse the signing of the joint venture partnership.

The mainland China road show, which will aim to attract Chinese businesses, will highlight what Airport City Manchester has to offer their company, visiting Beijing, Shanghai and Shenzhen from 9th–13th June 2014. At each city there will be a range of events that will appeal to occupier investors, manufacturers and property agents, all of which promote the opportunities and support available at the £800m landmark development at Manchester Airport, UK.

Since BCEG was announced as a 20% partner in Airport City Manchester in October 2013 at Beijing Airport by the UK Chancellor of the Exchequer George Osborne, the project and their relationship with the UK has gone from strength to strength. The Chancellor’s visit was soon followed by a Chinese trade trip from the Prime Minister in December and now today after ratifying the joint venture partnership, BCEG is sending a senior delegation to MIPIM, the international property conference in Cannes, France.

The other joint venture partners are made up of Carillion (20%) and Greater Manchester Pension Fund (GMPF) (10%), with Argent appointed as the Development Manager. Manchester Airports Group (MAG) has the remaining 50% share.

The specific dates of the road show, what it will cover and who will be attending will be announced at Airport City Manchester’s stand event at MIPIM on Wednesday 12th March.

A welcome to BCEG to Manchester Airport

MAG’s CEO, Charlie Cornish, said: “We are pleased to welcome BCEG’s Managing Director to Manchester Airport to officially endorse the formation of the Airport City Manchester joint venture partnership to develop an £800m globally connected business destination. Alongside BCEG, we feel the expertise and support provided by MAG, Carillion and GMPF creates a partnership with strong track record.”

Managing Director of BCEG International Co., Ltd, Mr Xing Yan, said: “Airport City Manchester is set to change the UK economic landscape and way the North West of England does business. We are looking forward to seeing it come over to home soil, where it will demonstrate all of the benefits of investing in the UK. BCEG will participate in each road show as a positive example of how investing in Airport City Manchester works and is deliverable. As well as showcasing the business benefits, we’ll also be able to give first hand advice and support on integrating into British life, the education system and the immigration/visa system.”

Argent’s Managing Partner, David Partridge said: “It’s an exciting opportunity to take Airport City Manchester on the road with BCEG to key cities in mainland China to showcase what the world’s intelligent business destination has to offer. Plans for the development are progressing at a great pace and now is the time to show the world how Airport City Manchester can help connect their business to an international market.”

BCEG is a prime example and case study of how easy it is to relocate and invest within Greater Manchester. As part of the joint venture for Airport City Manchester, BCEG have established a 25-person office at Manchester Airport, with their colleagues living within the wider Greater Manchester community, utilising the support from partners such as MAG and Manchester City Council.

Airport City Manchester will be the core element of the UK Government-designated Enterprise Zone surrounding the UK’s third busiest airport, Manchester. The Enterprise Zone is intended to stimulate business growth through the provision of subsidies in the form of business rate discounts, worth up to £275,000, super-fast broadband, simplified planning procedures and the retention of pooled business rates by the Local Authority for a period of at least 25 years.