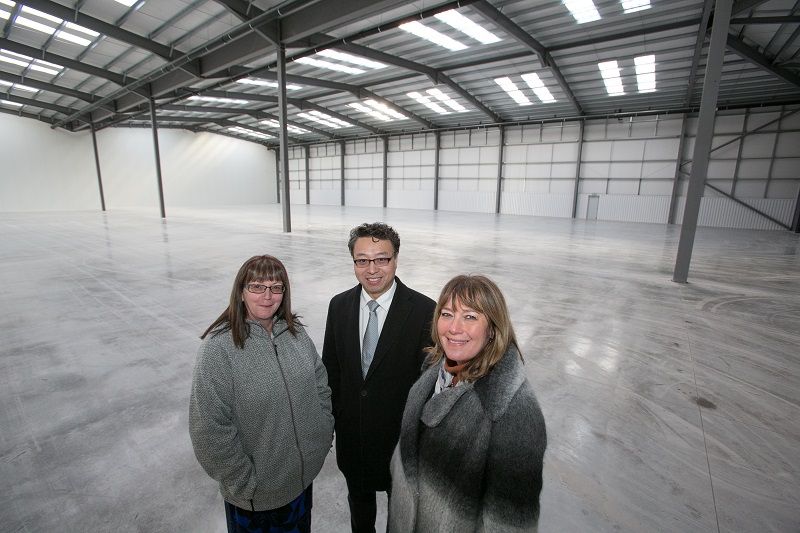 The Airport City Manchester Joint Venture has announced the completion of its logistics facility, ALPHA, located within its flagship Global Logistics development.

Yu Dongwen, acting lead director at BCEGI (UK) Ltd, said: “We are very proud to have completed the ALPHA project, particularly at such a prestigious development as Airport City Manchester. As a contractor and joint venture partner in Airport City we have great confidence in the development and believe it will act as a magnet for inward investment into the North West, which will bring economic benefits and employment to the region.”

Completed on time and on budget, ALPHA was forward sold during its construction for £12.2m to the Greater Manchester Pension Fund (GMPF), which was advised by LaSalle Investment Management. The building has now been handed over to GMPF.

Councillor Susan Quinn, Chair of GMPF Property Working Group, said: “We’re delighted that our infrastructure partnership with Airport City has once again delivered on our stated goal of hands-on direct investment and successful collaboration. This investment will give us the strong levels of return we seek as well as provide badly needed opportunities for international businesses and jobs for Greater Manchester. We look forward to welcoming our first tenants and their staff.

“Many pension funds struggle to invest in infrastructure but we are leading the way and we look forward to building upon this success. We’re excited by the pipeline of potential investments and we look forward to working on more opportunities to achieve our twin aims of significant investment returns to pay our pensions promises, whilst delivering infrastructure and jobs for Greater Manchester.” 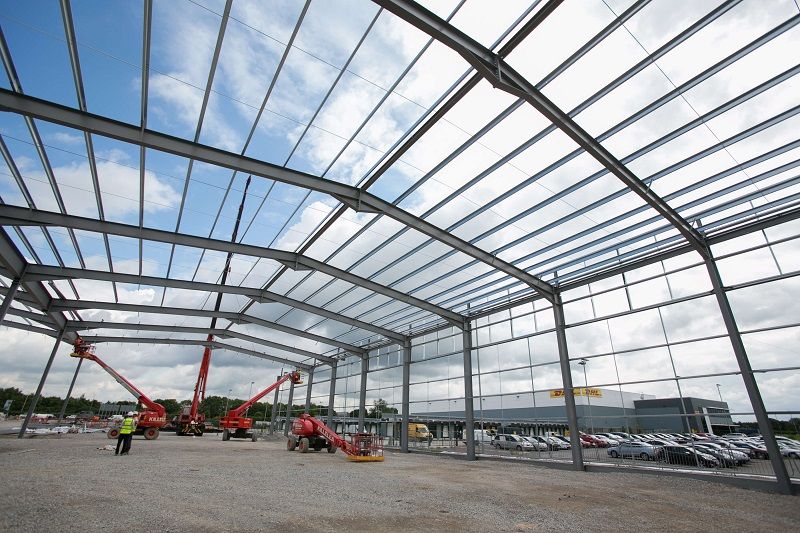 Targeted at UK and international businesses aiming to benefit from the airport location, ALPHA has already generated strong interest from potential occupiers with announcements expected shortly.

The construction of ALPHA follows the successful completion of Amazon’s 654,000 sq ft warehouse and fulfilment centre, which became operational in November 2016, playing a key role in the international company’s Christmas shopping period.

ALPHA and the Amazon fulfilment centre have joined the 37,400 sq ft DHL Global Logistics facility at the expanding Airport City development. Situated at the heart of a government Enterprise Zone, Airport City is one of the UK’s largest joint venture commercial development projects.

ALPHA has excellent access to the M56 and is located next to Manchester Airport’s World Freight Terminal, which already handles 106,000 tonnes of cargo every year.

Each unit will have its own fenced and gated yard with dedicated car parking and HGV delivery access. The warehouse accommodation has been finished to shell condition, with each unit having around five per cent of office space at first floor level.

Lynda Shillaw, MAG Property CEO, said: “The completion of ALPHA is another significant landmark in the development of Airport City Manchester and the establishment of Global Logistics as a thriving location, which is attractive to multi-national, logistics-driven businesses. The investment that was made in ALPHA and its forward sale to GMPF, clearly demonstrates the confidence in Airport City and its role in driving the economic development of this area.”