Enterprise way on the road to completion

Enterprise way on the road to completion 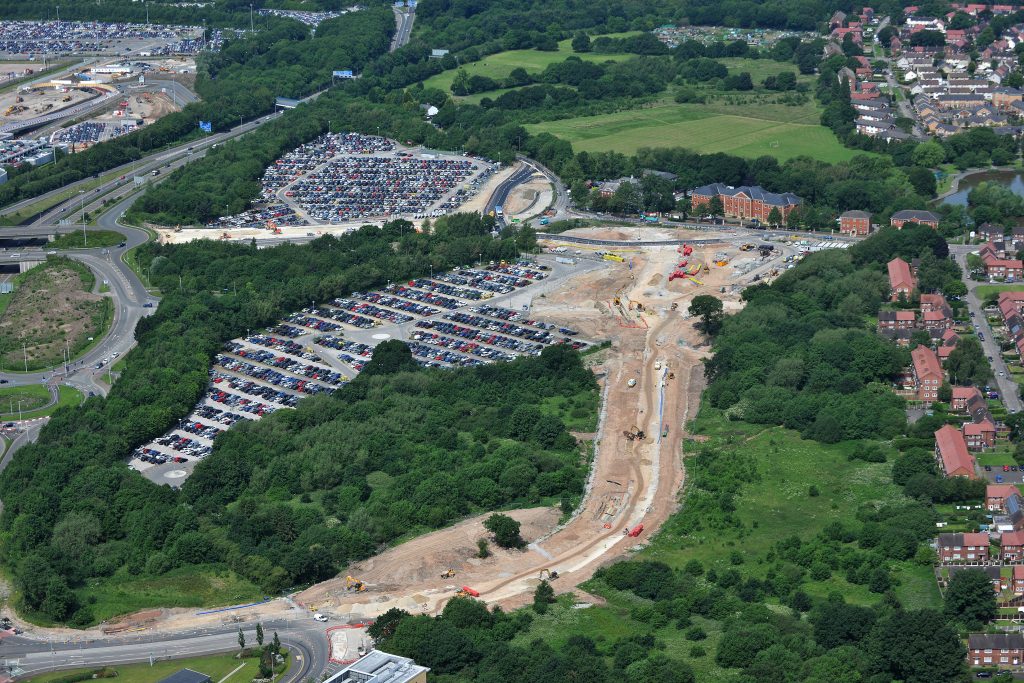 BCEGI is making great progress on the construction of the £15 million Enterprise Way, a new link road which will connect the office and hotel development plots to the rest of Airport City and the wider transport network including the M56.

Work began in spring this year and Enterprise Way is due to open before the end of the year. The images shown were taken last month and clearly show the path Enterprise Way will take.

Over the coming weeks, the final services will be diverted from the main junction points, to enable the major junction at Thornley Lane, at the top of the image, to be completely rebuilt.

While the junction is rebuilt, the new roadways will be completed with kerb stones laid, cycle paths installed and the verges planted with shrubs and around 240 trees.

BCEGI is employing 50 people on the project and once Enterprise Way is completed and open, work will begin on the next phase to make a major improvement to the large junction which connects the Airport to the M56 (to the left of the image).

Mr Yu, lead director, BCEGI said: “Enterprise Way is being delivered on time and I am pleased to say even the typical Manchester summer weather hasn’t impeded our progress. Once complete Enterprise Way is a major piece in the essential infrastructure jigsaw to deliver Airport City North.”