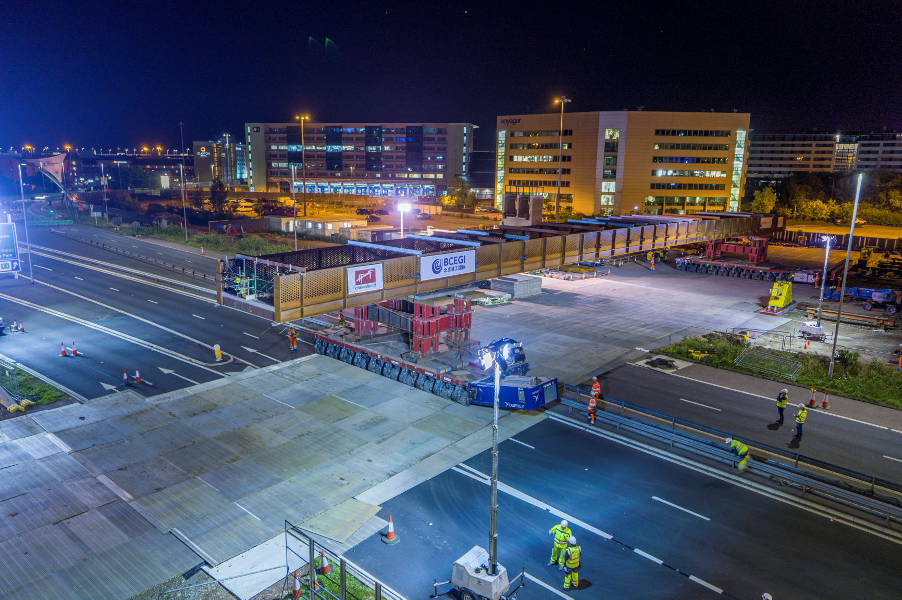 A significant milestone at Airport City Manchester was reached on Saturday the 11th July evening as its landmark pedestrian and cycle bridge was installed by BCEGI over the M56 spur airport approach road.

The bridge is creating a crucial link between the ground transport interchange and hotel district, to the Hut Group’s 1m sq ft campus and the wider office district, as well as neighbouring Wythenshawe. It also enables car parking to be decanted away from the heart of the scheme helping to enrich the amenity value of public open spaces. It will reinforce Airport City Manchester’s reputation as a highly-connected and sustainable destination for the businesses and communities it is designed to serve. 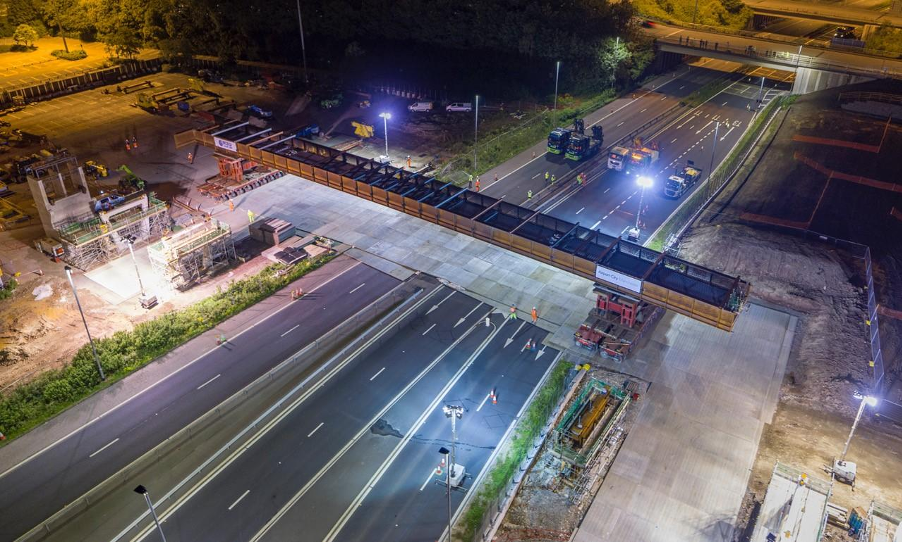 Designed by Manchester architects 5Plus and structurally designed by RoC Consulting, the 98m long and 6m wide bridge is a striking addition to the landscape at Airport City Manchester. Featuring more than 21,000 perforations across its length, it has been constructed from Cor-Ten steel which develops a rust-like aesthetic after several years’ exposure to weather and eliminates the need for painting.

The £6m pedestrian and cycle bridge has been part-funded by Manchester City Council, whose 50% contribution to the project helps deliver a sustainable connection from the Airport City Manchester site directly to rail, bus and tram links, as well as providing direct access to pedestrians and cyclists travelling to and from Wythenshawe and surrounding areas.

There are around 25,000 people working on the Manchester Airport site. It also has its Airport Academy training centre within its Ground Transport Interchange, which provides employment and training for local unemployed people. Earlier in the year, a state-of-the-art AeroZone interactive classroom opened, which will be used by all schools in Woodhouse Park and the wider Wythenshawe area.

The bridge will also serve as a vital link across the 73-acre site of main development land at Airport City Manchester, which has the capacity to deliver a diverse range of over 15,000 jobs across a number of sectors.

Already, the first phase of The Hut Group’s £1bn THQ business campus is underway and upon completion this 1m sq ft global headquarters site will support up to 10,000 jobs. Work on Airport City Manchester’s new £180 million hotel district is also gathering pace, where three new hotels and 1,500 new beds will be delivered by 2022.

The wider site also has the capacity to accommodate further development, including two 92,000 sq ft Grade A office buildings and a multi-story staff car park, planning consent for which has been granted.

The brand new bridge at Airport City Manchester is set to open to the public in November this year and when fully complete will blend into the neighbouring buildings with extensive landscaping and public realm, as well as providing feature ramps and passenger lifts to ensure it is accessible to all. 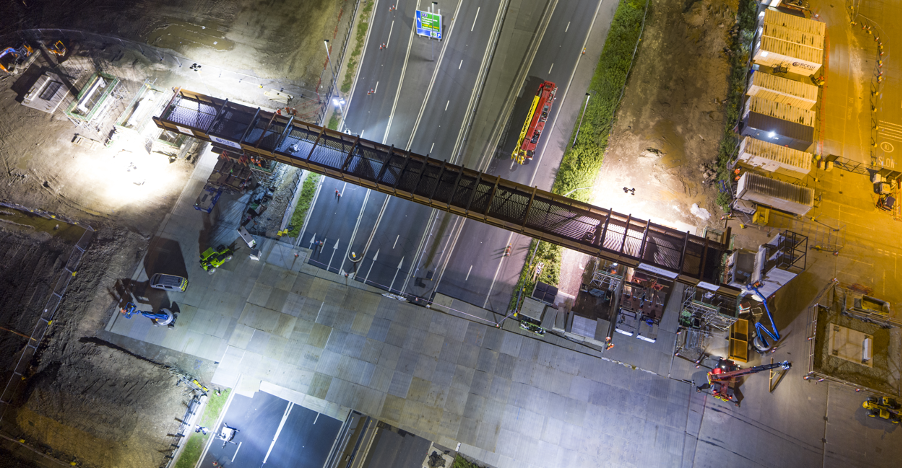