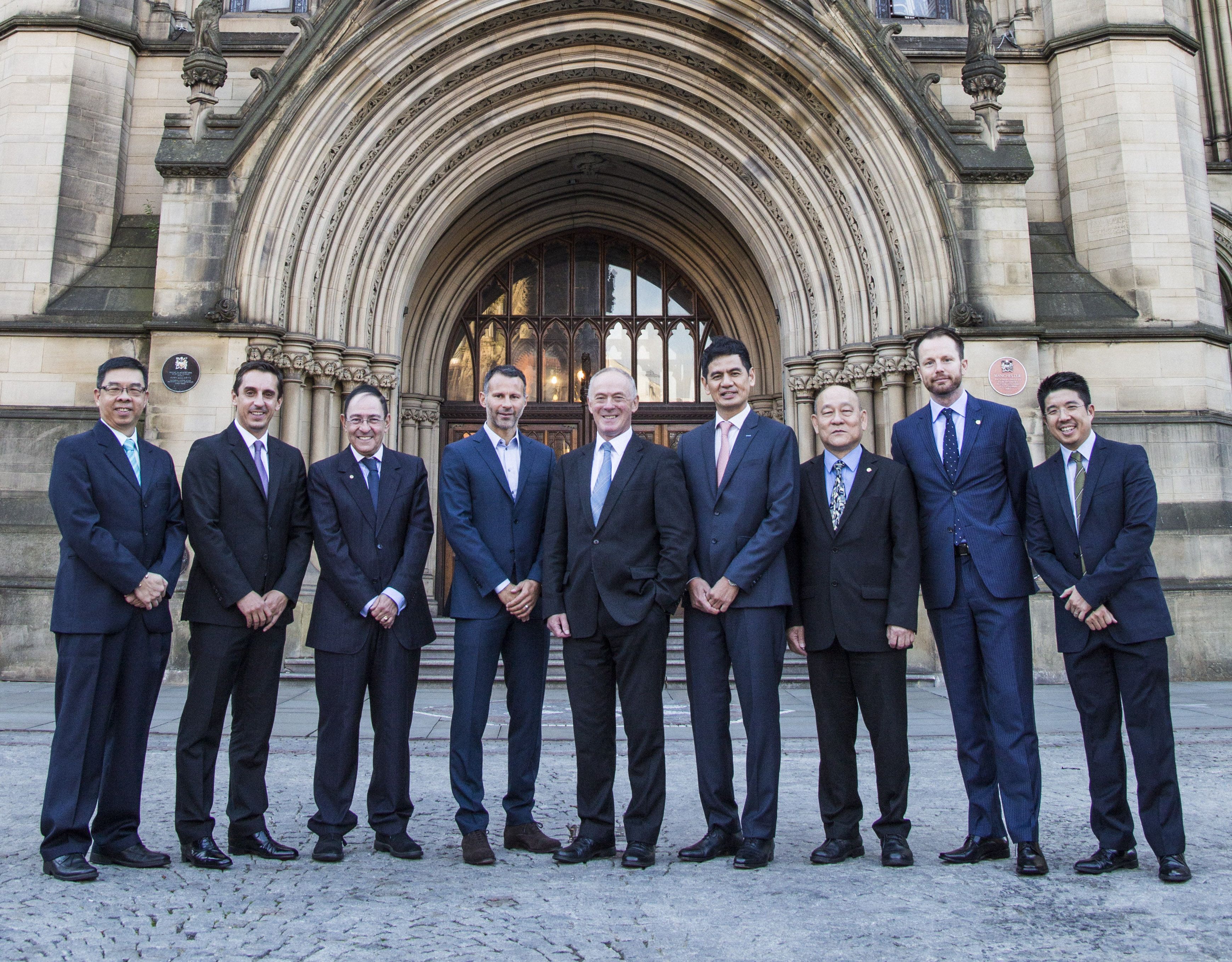 The Jackson’s Row Development Partnership together with Manchester City Council, have joined with Rowsley Ltd and Beijing Construction and Engineering Group (BCeG) to sign a funding agreement to develop an area in Manchester City Centre.

Rowsley Ltd, a publicly-listed company in Singapore invested in by Peter Lim, will own a majority share of the investment, in what will become a new first class development within Manchester City Centre.

Rowsley Chief Executive Officer Lock Wai Han said: “We are excited to be in Manchester and to tap into its vibrancy and growth. Gary and his team exemplify the dynamism of the city and the City Council, and it’s a style of working we are very comfortable with in Singapore.

“St Michael’s will become a landmark development and will meet the growing demand for quality accommodation and offices in Manchester.

“This will be Rowsley’s first investment in Europe and comes at a time when the UK government is encouraging businesses to move north to escape the rising cost of operating in London. During a recent visit to Singapore, Prime Minister David Cameron urged Singapore companies to consider the “Northern Powerhouse” of Liverpool, Manchester and Leeds, which he said was “brimming with infrastructure opportunities.”

On his partnership with Gary Neville and Ryan Giggs, Mr Lock also commented “Mr Neville and Mr Giggs, two of Manchester’s most famous residents, have a successful track record in real estate development and hotel management .Their Hotel Football overlooking Manchester United’s Old Trafford stadium, opened to rave reviews in March 2015, with the New York Times touting it as a reason to visit Manchester.”

Located at the very heart of the Manchester, St Michael’s is set to become a ground-breaking project for the city centre. The Joint Venture’s aim is to deliver a world class development, which links key strategic sites from Deansgate through to Manchester Town Hall.

“This represents a very important milestone for the development of St Michael’s” said Director and Investor, Gary Neville. “As with any development, we still have obstacles to overcome however to secure funding for the project this early in the process is a fantastic achievement and demonstrates great confidence in the city.

“Moving swiftly is key and huge credit goes to Rowsley and BCEG for their committed approach in the last two months. We are all truly excited at what can be achieved with this innovative and inspiring development.

Beijing Construction Engineering Group is the Chinese state-owned company involved in the £800 million Airport City Manchester expansion project currently under construction. Mr Xing Yan, Managing Director of BCEG, said: “We are delighted to be investing in such a prestigious scheme and are looking forward to working with our new partners to ensure St Michael’s long term success.”

On the formation of the new international consortium, Manchester City Council’s, Chief Executive Sir Howard Bernstein comments “Rapid progress is being made on this project and we are delighted to widen the partnership on St Michael’s. This scheme further demonstrates the city’s ability to attract significant international investment. We welcome Rowsley to Manchester and hope it is the beginning of a successful relationship with our city”