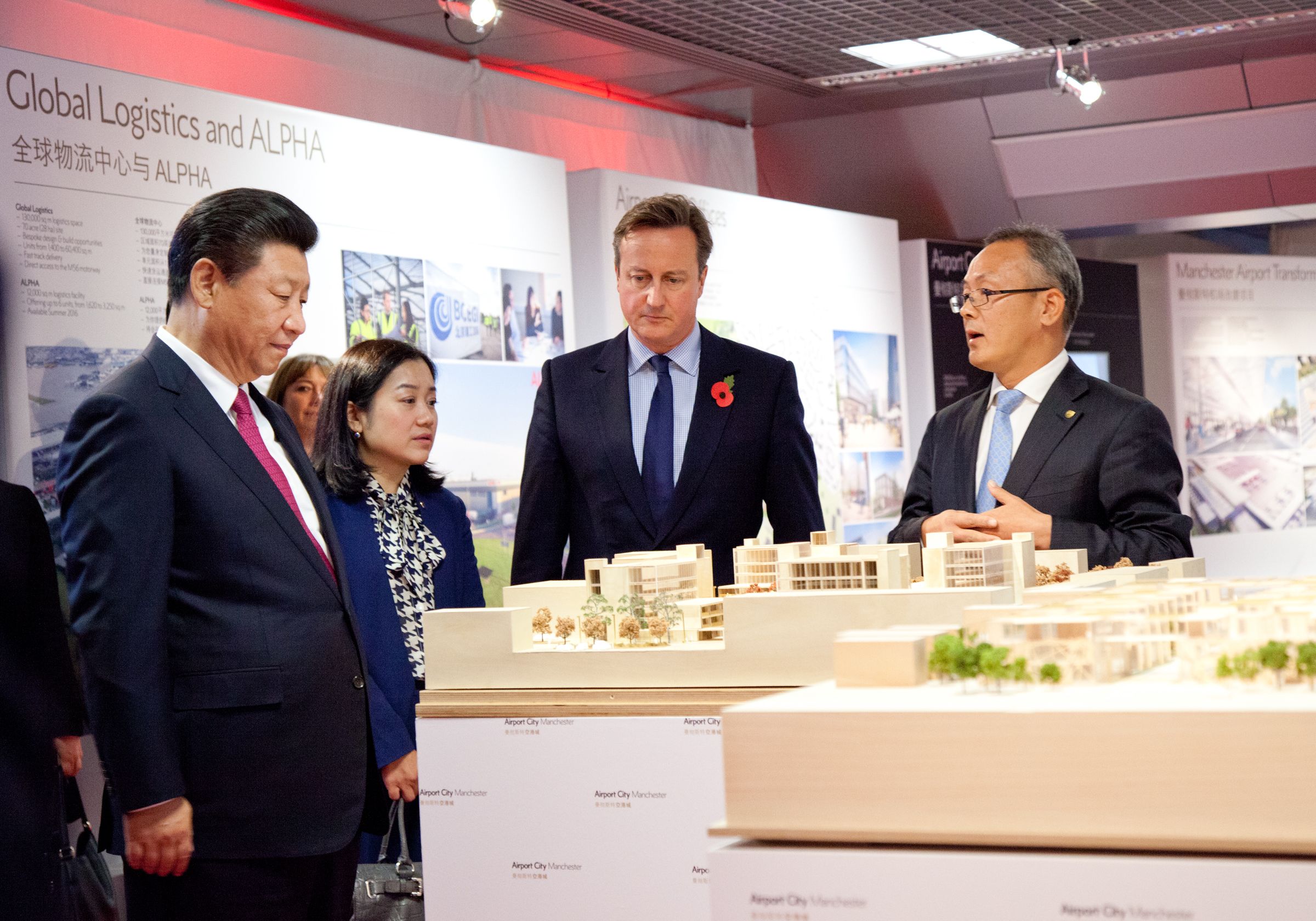 * Hainan Airlines to offer first direct scheduled flights to Mainland China outside of London, generating economic benefits of £250 million for the UK economy over the next decade

The President of The People’s Republic of China, His Excellency Xi Jinping, accompanied by Madame Peng Liyuan, has been visiting the United Kingdom this week as the guests of Her Majesty The Queen.

The new air route between Manchester and Beijing

Hainan Airlines will begin operating the new route between Manchester and Beijing Capital International Airport (PEK) from June 10th 2016. Manchester Airport will become the only UK airport outside of London to offer direct scheduled services to Mainland China.

The flights will provide a connection between Manchester and Beijing for the first time, giving the 100,000 passengers travelling each year between the two cities the convenience of direct scheduled services.

The Manchester-Beijing route is worth at least £250 million in economic benefits to the UK over the next decade, with two-thirds being felt directly in the Northern economy in terms of increased jobs, economic activity and tourism. By providing a non-stop service, the new route will also generate journey time savings worth £5 million every year for business passengers and avoid the inconvenience of changing planes at another airport.

As businesses in China and the North take advantage of the improved connectivity, the Manchester-Beijing route will generate further economic benefits in terms of productivity, increased trade and collaboration, and increased foreign direct investment.

Whilst visiting Manchester Airport today, His Excellency Xi Jinping, and the Prime Minister were shown plans for the £800 million Airport City Manchester development, one of the UK’s most significant examples of collaboration between Britain and China in terms of infrastructure development.

His Excellency Xi Jinping and the Prime Minister also witnessed the launch of Airport City Manchester’s ‘China Cluster’ – a £130 million project that will provide a commercial base for Chinese businesses arriving in the UK and offering a wide range of high quality office premises. The China Cluster will be based around two campuses within the Airport City development – Wuhan Square and Shenzhen Gardens – together totalling 45,000 sq metres of space.

Commenting on the announcements made today at Manchester Airport

“The North is playing a leading part in heralding a golden era of economic co-operation between the UK and China and we are delighted that His Excellency Xi Jinping and the Prime Minister, the Rt Hon David Cameron were able to join us in unveiling Airport City’s £130 million ‘China Cluster’ investment and also Hainan’s new direct scheduled services to Beijing – the only route of its kind outside of London.

“I’m also delighted to be welcoming Hainan Airlines to Manchester Airport to operate the new route to Beijing, which will bring over £250 million of economic benefits to the UK economy over the next decade. Together with our existing links to Hong Kong, Manchester Airport is now well connected to one of the UK’s most important trading partners.

“Manchester Airport is the global gateway for the Northern Powerhouse and both the China Cluster and the new direct route will provide an opportunity for Chinese investors to access the many opportunities available to them in the North. Businesses in the North will also be significant beneficiaries as it will soon become much easier for them to build strong commercial relationships with Chinese partners.”

“Since Airport City was launched in 2013, BCEG has been struck by the huge number of opportunities for Chinese investors in both the North West and across the wider UK.

with one of the UK government’s key strategic priorities; the development of the Northern Powerhouse.”

Chen Feng, Chairman of the Board of Directors, HNA Group, said: “As a Chinese enterprise going global, Hainan Airlines is fully engaged in the construction of the ‘One Belt, One Road’ initiative and today’s announcement is further proof of this.

“I am confident that the Beijing-Manchester route shall form a new and vital air bridge between the UK and China.

“Hainan Airlines looks forward to launching further routes between the UK and other metropolitan cities in China in the future.”