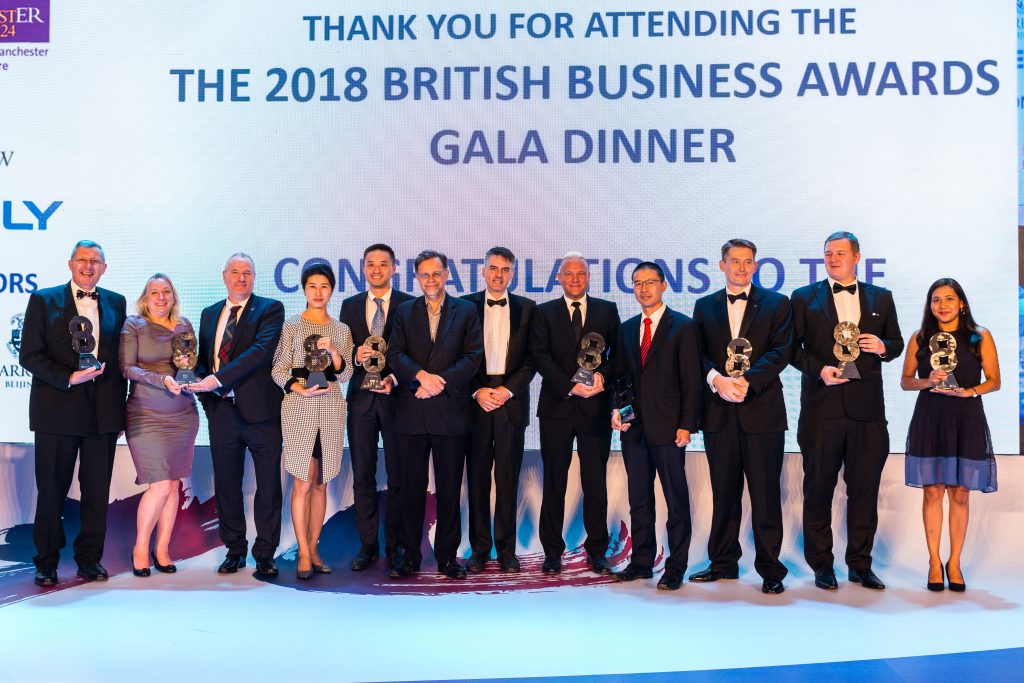 On 16 November 2018 BCEG (Beijing Construction Engineering Group) received the Chinese Investor of the Year Award at the British Business Awards 2018 hosted by the British Chamber of Commerce and held in Beijing, China.

The British Business Awards recognises excellence in innovation, enterprise and endeavour between British and Chinese businesses. BCEG won the Chinese Investor of the Year Award for the second time.  The nine award categories drew over 200 entries from across China and many sectors. Winners were selected by a combination of multiple judging panels and online voting.

Of BCEG the judges said: “BCEG is a leading construction and engineering company in China and is already active in global markets.  As a major state-owned enterprise and with operations in 27 countries, BCEG is a diverse business across a number of sectors around the world.

The British Business Award for Chinese Investor of the Year recognises organisations which have made an outstanding contribution to Sino-British trade and relationships.  With its ongoing investment in the UK since 2013, BCEG has shown great dedication to the local city councils, communities and its partners, and has become an ambassador for the two countries.”

BCEG is wholly committed to its relationships with the UK particularly in Manchester and Liverpool where BCEGI Construction (UK) Ltd is working on three projects: